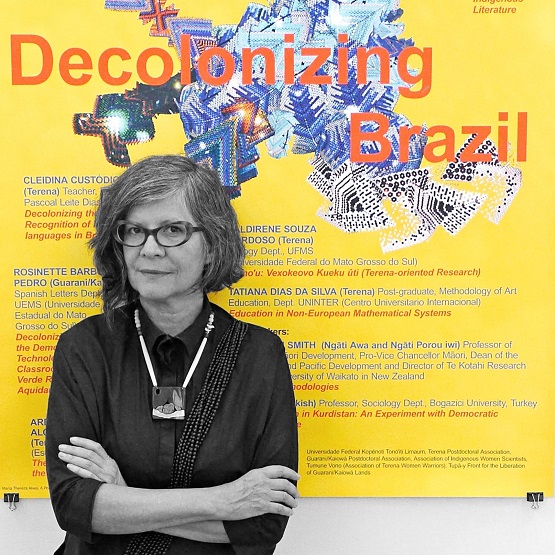 Alves was co-founder of the Partido Verde of São Paulo, Brazil in 1987. In 1979 while a member of the International Indian Treaty Council, based in New York, she made an official presentation on the human rights abuses of the indigenous population of Brazil at the U.N. Human Rights Conference in Geneva.

Alves participated in the 2017 Sharjah Biennale in the Bienal de São Paulo of 2016 with a new work, A Possible Reversal of Missed Opportunities, which attempts to decolonize the imagination within the Brazilian contemporary context. There was a solo exhibit at MUAC in Mexico City (2014) and a survey exhibit at CAAC in Sevilla (2015) of her work.

She participated in dOCUMENTA (13) in 2012 with an installation, The Return of a Lake, about the deliberate desiccation of a lake in the now water-starved region of Chalco just south of Mexico City.

Alves’ Seeds of Change has been awarded the Vera List Center Prize for Art and Politics for 2016-2018 in New York.